Giant Hogweed (Heracleum mantegazzianum) certainly fits the description as an invasive plant species.  Giant Hogweed actually describes several closely related species of the Heracleum family but Heracleum mantegazzianum is the most common in the UK and they share many characteristics and present the same problems. The plant originates in the Caucasus region of south-west Asia and was introduced to the UK in the 19th century by the Victorians.  At this time it was valued for its size and stunning appearance when flowering.

Answers to all of your questions about this pesky plant!

The reasons to do something about Giant Hogweed are fairly simple, it represents a potentially very serious human health risk and you might be breaking the law by not controlling it. Sap is released from broken stems or bristles and released from leaf bristles on contact even if they remain unbroken in the same way as a stinging nettle. The sap contains substances called furocoumarins which make skin photosensitive  this can result in a “burn” to your skin on contact and can blind you if it gets into your eyes. Symptoms have been known to persist for years after initial contact.

Giant Hogweed can be treated with: 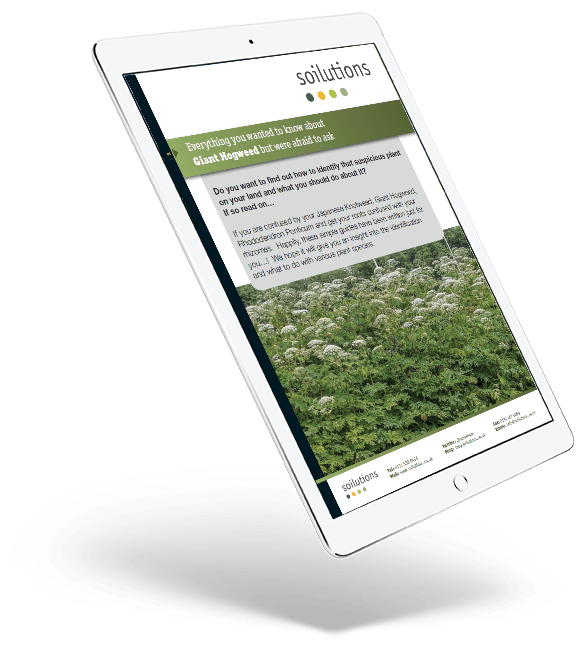 If you have any queries, need an experienced professional to identify a suspicious plant or you need some advice email to info@soilutions.co.uk or give us a call on 0131 538 8456.  We’re always happy to have a chat.